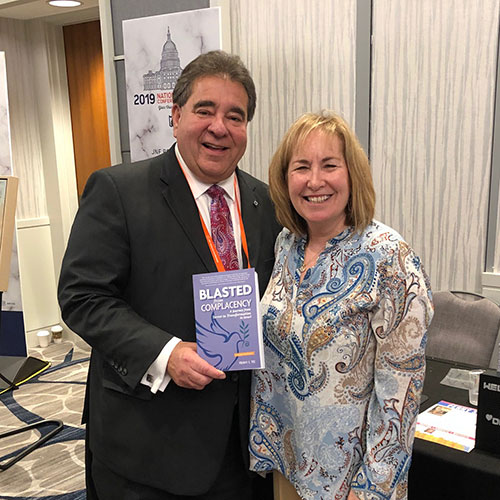 In his position as CEO of Jewish National Fund-USA (JNF-USA) Mr. Robinson has succeeded in making the organization one of the top-rated charities in the United States, and the leading organization for the land and people of Israel. He has been ranked on The Jerusalem Post’s list of the World’s 50 Most Influential Jews and oversees the organization’s One Billion Dollar Roadmap for the Next Decade. Mr. Robinson has been featured in best-selling management books and regularly appears on TV, radio, and in print media.

His positivity about Israel is infectious. Learning some personal facts about him was icing on the cake. For me, it was spending time doing what I love—speaking about working on Peace with Peacemakers who make a difference. May You Live in Peace, שלום and سلام.