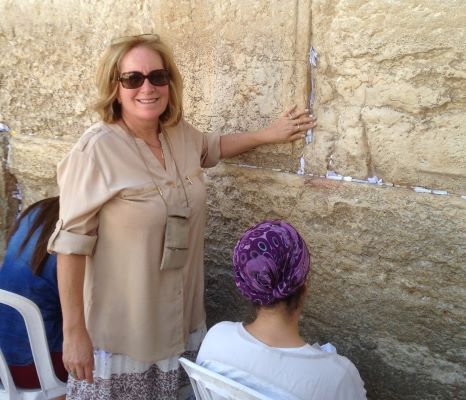 For our family, Hanukah is over and for many of my friends, they are still going through the frenetic pace of preparing for their holiday. I wish everyone the best of love and kindness. It has been a rough 2020.

Yet there were some lessons learned that I am grateful for. There is nothing like a pandemic that can kill you, to make you stop and take notice of your life. Appreciation for everyone and everything that has come my way comes to mind. Good or bad, it was meant to be.

Good is easy to accept and bad, well there was something I needed to learn―especially when I did the “bad” thing to myself. Doesn’t that just grate on you when you realize that if you had looked at something differently, taken an alternate action or did nothing at all, that it would have been so much easier? But that’s life, and I am grateful for it―I appreciate that my eyes opened this morning, and I can face another day.

I am beholden for what I have learned through my meditation practice, to live in the present, do not linger too long rehashing the “what-ifs” of the past, nor wishing for the possibilities in the future. Appreciate what is, today.

Hanukah often is described as the “Festival of Lights.” Christmas is known as the “Season of Lights.” We really need to have the lights shine in these dark days. How is your internal light doing? I really hope that you are feeling full of yourself―in a good way. I hope you are allowing your soul to shine brightly and that you are taking time to recognize your uniqueness. There is only one You and we all benefit from your gifts and talents.

Maybe you can provide a bit of hope for those around you. As is said so many times throughout the world, namaste, respectfully acknowledging the soul of the other in greeting. Is there someone that you know or many that you do not, that is suffering now? Please lend them a hand.

Hanukah celebrates the rededication of the Second Temple in Jerusalem. The most religious site for Jews, the Holy Western Wall, where Jews pray today, was part of this Temple. The featured photo above is a picture I took at the Western Wall or Kotel during our fateful trip in 2014.

As is tradition, I am putting my personal prayer into the crack in the wall. They receive over one million notes each year. Twice per year they are collected and buried on the Mount of Olives.

For Muslims, it is where the Al-Aqsa Mosque is located as well, their third holiest site. This is a picture of the Al-Aqsa

Mosque that my husband took on our trip. Jews and Muslims are forever intertwined as brothers and sisters―isn’t it time for Peace, שלום, سلام to prevail?

Sheikh Mohammed Hussein, the mufti for the Palestinian Authority, does not seem to think so. It was reported in the Jerusalem Post that on December 16, 2020 he was quoted as saying that “There is no place for non-Muslims in any way in this mosque, whether through schools, churches or other places of worship.” And the Jordanian Foreign Ministry agreed and said that it “denounces the continued Israeli violations at al Aqsa Mosque/al Haram al-Sharif.” Not exactly welcoming for visiting where the Second Temple had stood. I am grateful that there are Palestinians like Ali Abu Awwad who are interested in Peace.

One lesson this year that I was reminded of was to be open to new possibilities. The old expression, when you are given lemons, make lemonade makes lots of sense. Change is always present everywhere, from our body’s cells, to our lives.

A couple fun things happened that I was not expecting for Hanukah. The first was being invited to a zoom Hanukah party from my East Coast relatives. Recently, my cousin and I have hooked up with them and have been having fun getting to know these kin better. My mother always spoke of them longingly, and even though she had lived in California for decades, she often seemed like she wished that she had moved back to Connecticut.

I had visited some of them a couple times through the years, the last time during my corporate days, I was on a business trip in Boston and took some time off to join them for Yom Kippur in 1987.

Family picture, not sure of whom

They’ve been having a Hanukah party since the 1950’s! In preparation, I

went through dozens of family pictures, most had been given to me by my Aunt before she passed away. I posted them in our private cousin’s Facebook page. It was fun having different relatives identify who was in these old photos. Some of them looked to me like they belonged in a museum.

I must admit I was a bit envious; there are so many of them and they have been doing this so long. They even had a family trivia contest. We broke out into small groups to pool our answers. I could still contribute to a few answers that were more general and not family specific. Thanks, internet : )

Great Grandma as a young woman 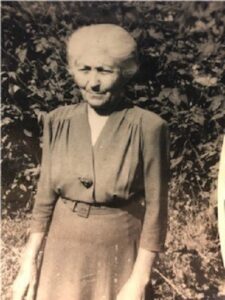 years old. She was young in the colorized picture and old, yet stately, in the black and white photo. Is longevity prevalent in your family, too? When I think that she had lived over a century, it makes me wish that I had had the opportunity to speak with her. She died the year I graduated from high school.

The second unique event grew from something I did every year, but this was a new version. Usually, I have a Hanukah party for family and some family-like friends. I began celebrating Hanukah with my own party ever since my brother’s first wife passed on from cancer. At the time I wanted to have something happy during this time of year for their little kids who had been raised Catholic. My sister-in-law was one of those Christmas celebrators going to all ends to have a festive season complete with putting “snow” on the wrapped presents.

Their kids today are all adults and have adult kids of their own. Keeping a respectful eye on COVID, I cancelled the party. Who knows how many people those of us who mask, social distance and wash our hands ad infinitum, have been saved from getting the cursed COVID―or worse? But as time went on, I was realizing how lonely and potentially damaging all this separation this past year has been. Are you feeling it too?

I also was aware that people are becoming tired of remote meetings. But then on the sixth night of Hanukah, I changed my mind. I missed seeing everyone and I decided that I was going to have a zoom Hanukah party and whomever could show up at the last minute, would. It was a great decision. On the last night of Hanukah, we all gathered via zoom. Some from far away like my cousin in Missouri. That is a benefit of virtual gatherings, folks can join from anywhere from the convenience of their own home.

I fried latkes and was feeling overly full as far too many had been eaten by yours truly. I lamented that they tasted better than how they would look on my body in a few days. My husband teased my great nephew holding up one before the screen, and the rest of my family made plans to get together and satisfy my great nephew’s craving as soon as possible.

The highlight for me was when we lit the menorah and sang (the way it sounded, I use the term “sang” lightly), “On this night, let us light one little Hanukah candle…” for each day. It was fun as various people added their unique voices and styles. My immediate family, friends, cousin, brother, nieces, great nieces, great nephew and one niece choosing to bebop a bit with her dancing fingers. The crescendo was when my sister-in-law, who is also Catholic, came back into view at the end showing us all that the reason she had left the screen was because she was lighting their own menorah. Amen. That is a memory that truly touched my heart.

This year it is back to basics and what really matters. So, I hope that during the holidays you can be together at least virtually. That you celebrate yourself, and each other. I sincerely hope that COVID has not sullied your door. Over 325,000 people have died and are being sincerely missed this holiday season―these are not statistics. They are grandparents, parents, siblings, aunts and uncles, friends and the cruelest―children.  May they rest in Peace and their memories be a blessing.

May you live in Peace, שלום, سلام,

I invite you to Join Me on My Journey…